• Transport performance (TKM) on inland waterways in the EU decreased by 8.1% in the first three quarters of 2020, compared to the same period in 2019.
• In the two largest IWT countries the decrease was -11.9% (Germany) and -6.8% (the Netherlands). In Danube countries, transport performance was 9% lower.
• Passenger transport (river cruises) recorded a reduction of passengers by 90-95%. 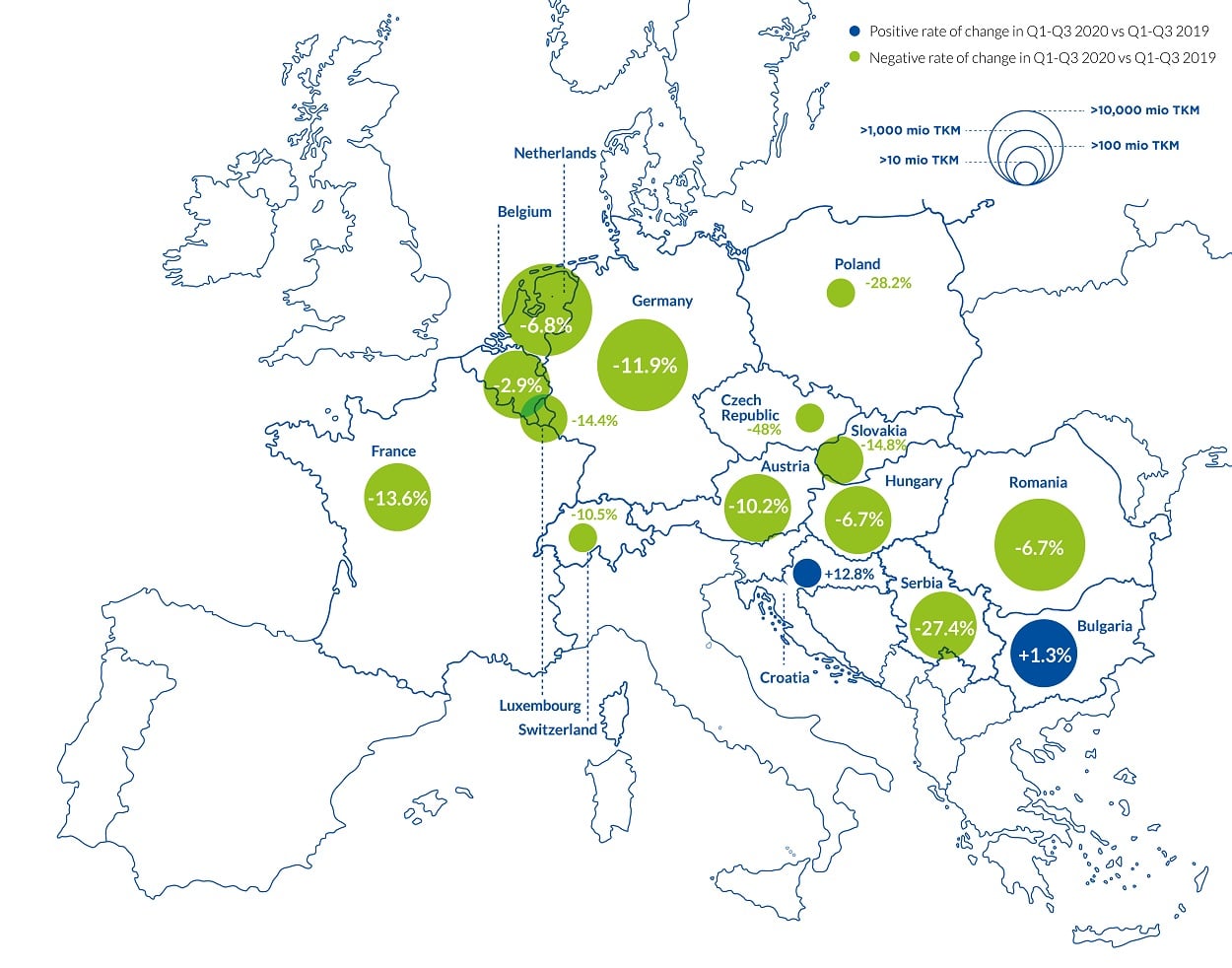 FIGURES 2 AND 3: RHINE TRANSPORT VOLUME UPSTREAM AND DOWNSTREAM FOR MAJOR CARGO SEGMENTS (IN MILLION TONNES, FOR THE FIRST NINE MONTHS OF 2019 AND 2020)

FIGURES 5 AND 6: MIDDLE DANUBE TRANSPORT VOLUME UPSTREAM AND DOWNSTREAM FOR THE MAJOR CARGO SEGMENTS (IN MILLION TONNES, FOR THE FIRST NINE MONTHS OF 2020 AND 2019)*


FIGURE 7: CARGO TRANSPORT ON THE DANUBE PER RIVER STRETCH *


Source: Eurostat [iww_go_qnave]
Due to a lack of plausibility of Stat.Bel data from Q1 2018 onwards, the data for Belgium from this quarter onwards were recalculated. This was done by applying the rate of change that is present in the more plausible data from the Flemish waterway administration (De Vlaamse Waterweg). The series for Belgium then follows the trend for Flanders, but is located on a higher level.