• The overall development of IWT in Europe in the third quarter of 2018 was affected by the low water period which occurred in the second half of the year.

• This transport performance represented a decrease of 14.9 % compared to the third quarter of 2017, including -27% for the traditional Rhine, -36% for its affluents and -10% for the Danube. 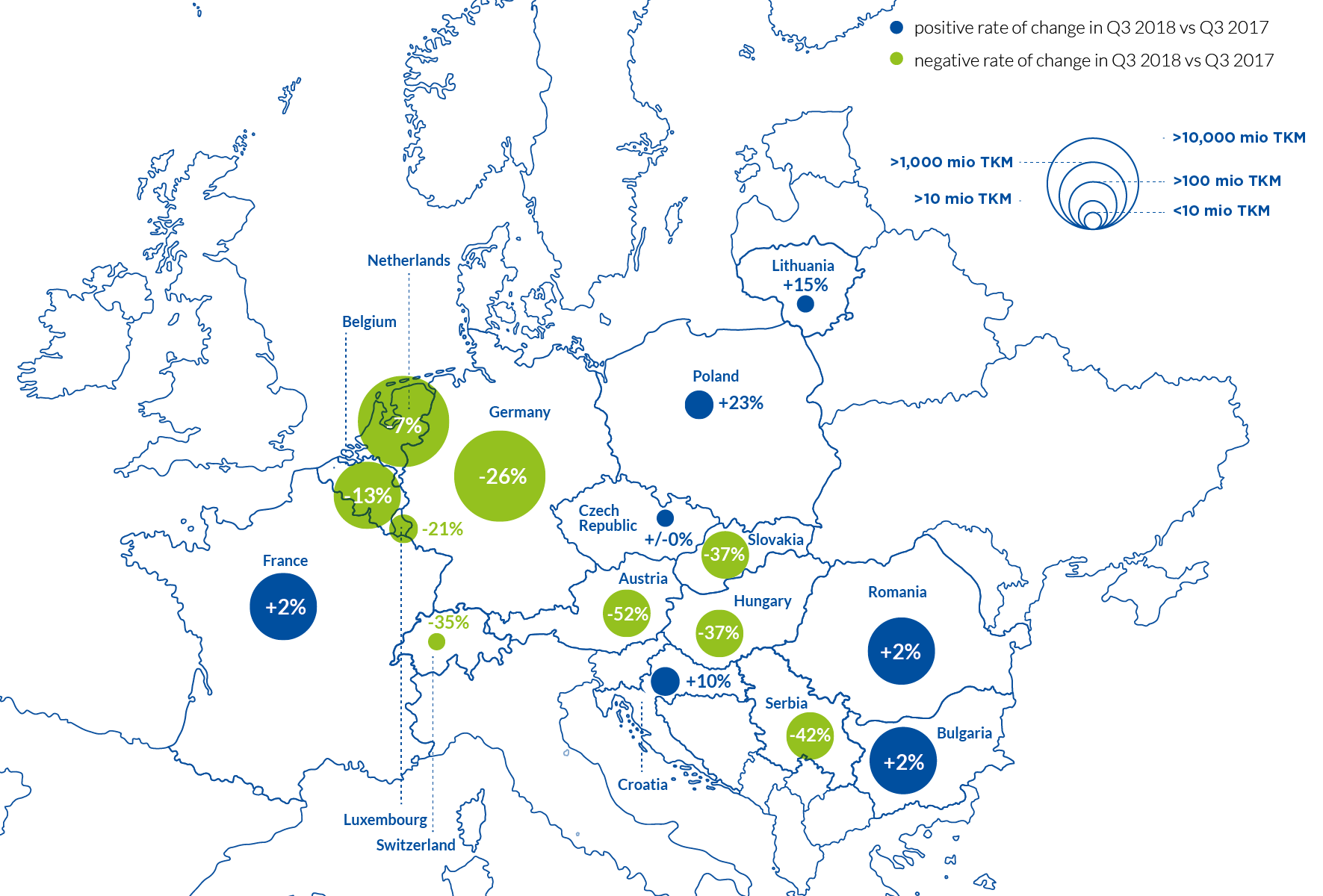 Container transport on the Rhine – An origin-destination analysis

Source: calculation CCNR based on data from Destatis and from Port of Strasbourg, Port of Mulhouse

Source: calculation CCNR based on data from Destatis and from Port of Strasbourg, Port of Mulhouse

Source: calculation CCNR based on data from Destatis

Source: calculation CCNR based on data from Destatis

Source: Source: CBS, Destatis, StatBel, Romanian Institute of Statistics
* In Romania, container transport is at a very low level and is therefore not depicted in the graph. The container data for Belgium are provisional.

Source: Destatis (German ports), Danube Commission (Austrian, Slovakian and Serbian ports), Hungarian Central Statistical Office (Hungarian ports), Romanian Institute of Statistics (Romanian ports), and ports data (for all other ports)
* Data for the ports of Liège and Metz include the 4 quarters of 2017 and 2018. 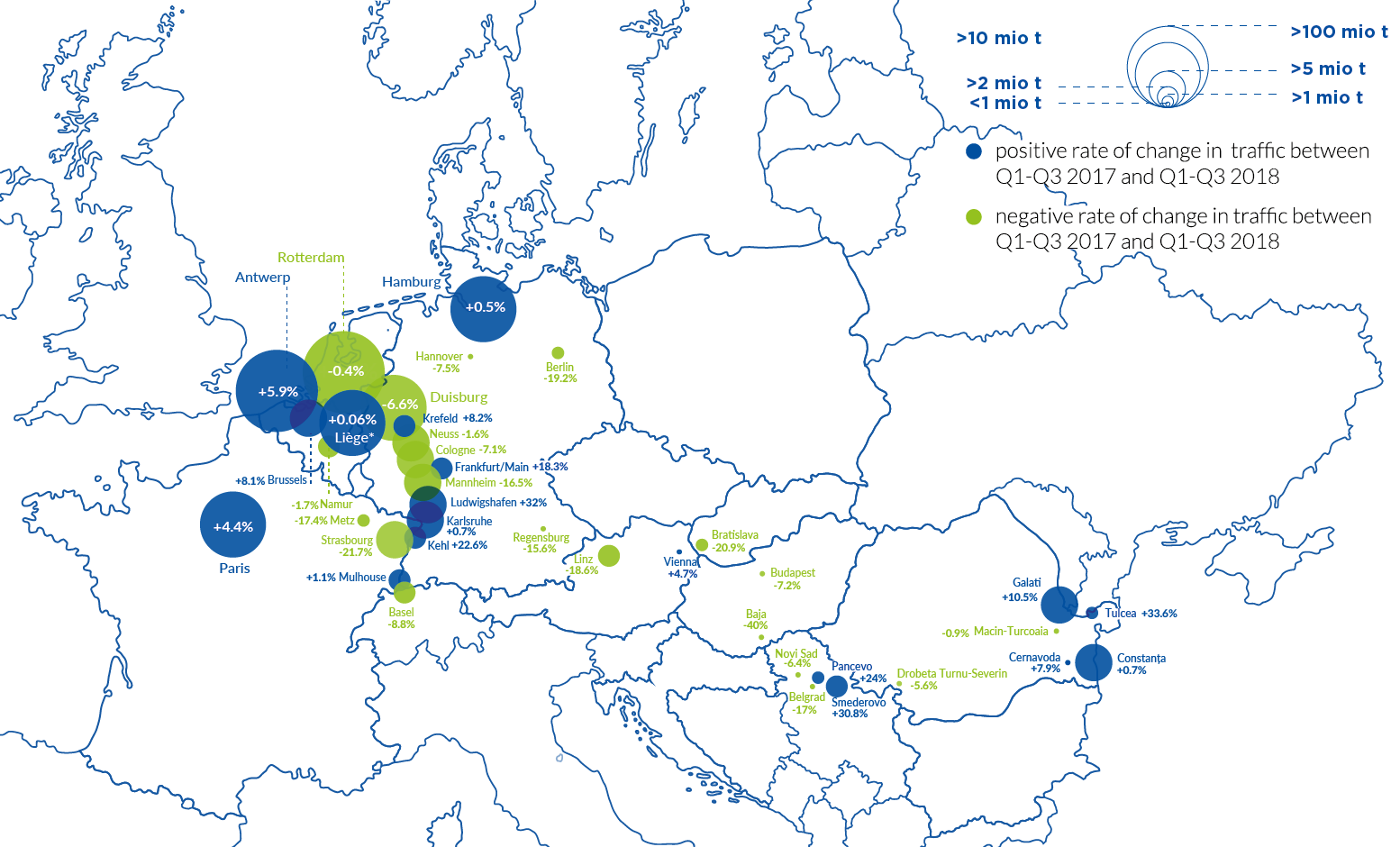