Skip to content
Aucune correspondance d'année
1. Economic context
3. Water levels and their impact on the inland navigation sector and the economy

• Cross border traffic is particularly important between the Netherlands and Germany, especially due to large volumes of commodities being transported from the Dutch seaports to Germany.

• The EU transport performance on European inland waterways is mainly driven by the performance in Rhine countries, which accounts for 84% of the total IWT performance in the EU plus Switzerland.

• The volume of goods transported on the traditional Rhine decreased by 11% compared to 2017, resulting mainly from the low water period and the cooling down of the business cycle in the second half of 2018.

• Goods transport on the Lower Danube, which accounts for 75% of total transport performance on the Danube, showed resilience to low waters and increased volumes in 2018, while the Upper and Middle Danube were negatively impacted.

• Container transport continued its upward movement in Belgium, France and the Netherlands, while it fell by 10% on the Rhine, as a result of low water levels in autumn 2018. 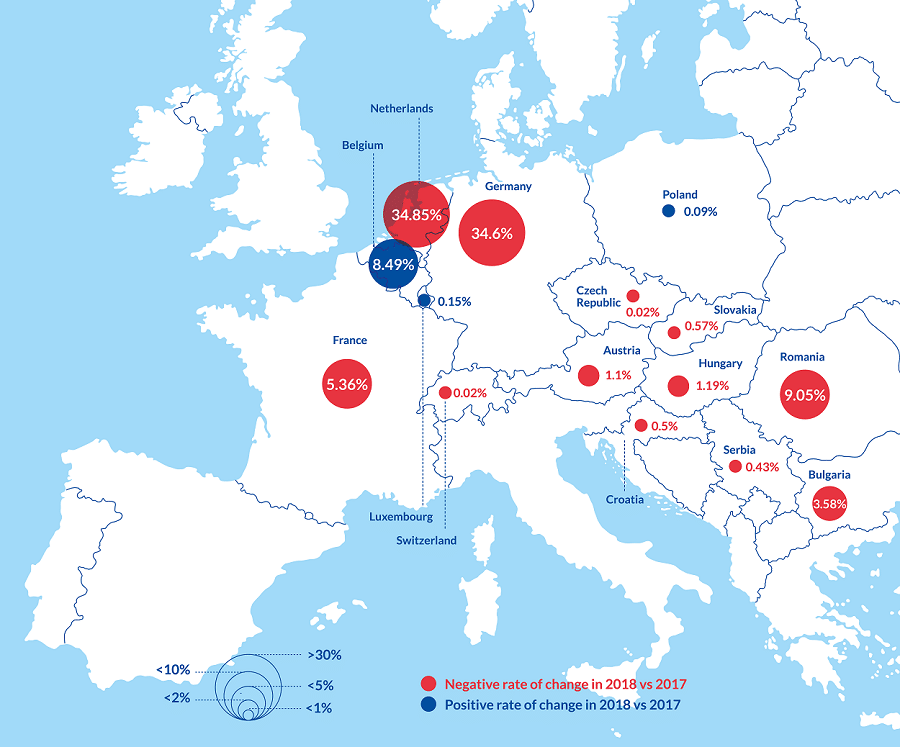 Source: Eurostat [iww_go_atygo]
* Data for UK and Italy not yet available for 2018 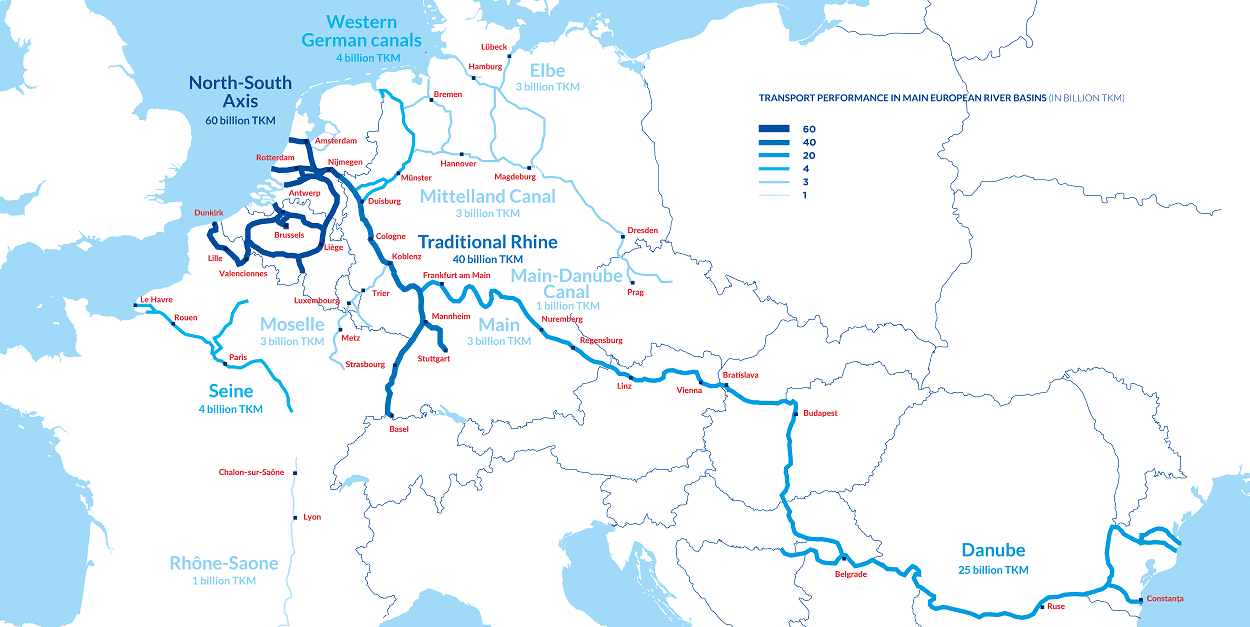 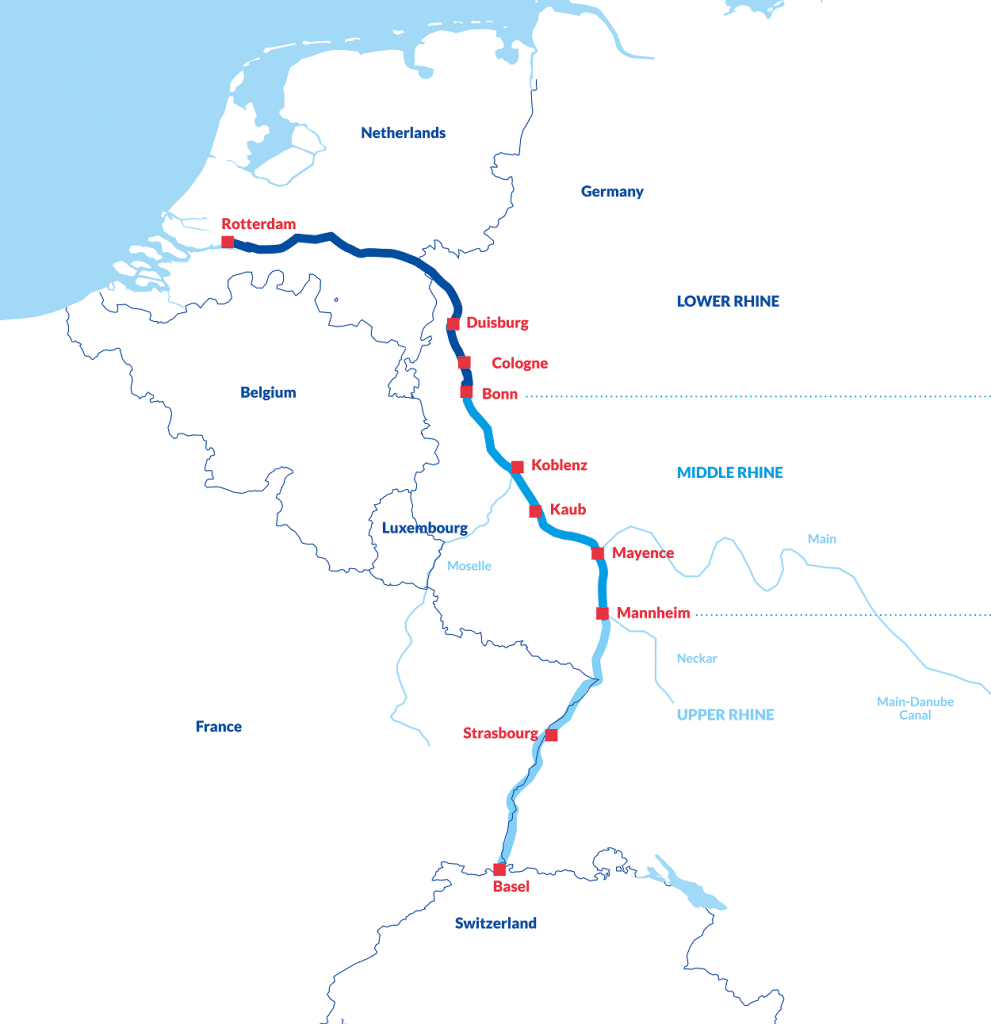 Source: CCNR analysis based on Destatis
* for containers: net-weight

Inland waterways in the Netherlands 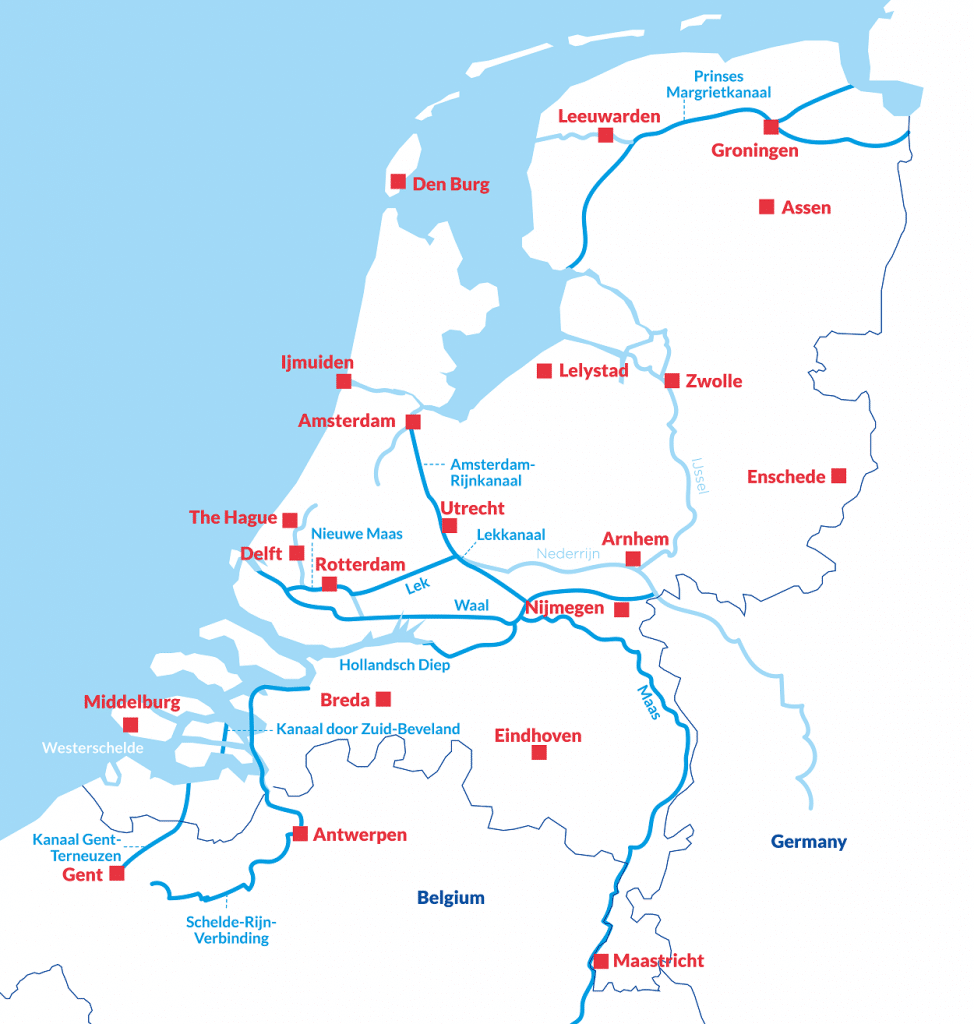 THE NETHERLANDS – TRANSPORT VOLUME ON WATERWAYS WITHOUT LOCKS (MILLION TONNES)

THE NETHERLANDS – TRANSPORT VOLUME ON WATERWAYS WITH LOCKS (MILLION T) 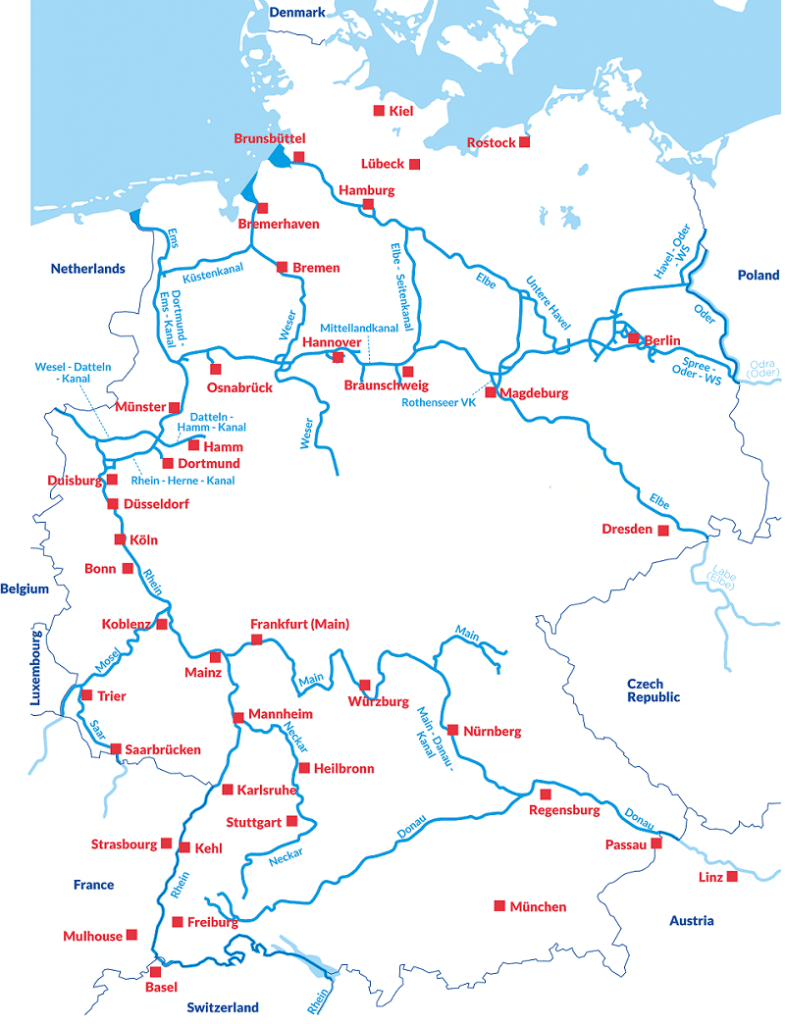 
IWT in Germany per waterway and goods segment