Skip to content
1. FREIGHT AND PASSENGER TRAFFIC ON INLAND WATERWAYS
3. FOCUS ON FRANCE

Source: CCNR based on German Federal Institute of Hydrology (BfG, 2015)
* The distances in this drawing are not at scale.
In this illustration, the date chosen to determine the available or possible draught is 3 September 2020, when the actual water level was 239 cm on average).

FIGURE 2: AVAILABILITY OF DRAUGHT VALUES FOR THE MIDDLE RHINE AT KAUB (IN %)


FIGURE 3: AVAILABILITY OF DRAUGHT VALUES FOR THE LOWER RHINE AT DUISBURG-RUHRORT (IN %)


Source: Via Donau and Federal State of Lower Austria


FIGURE 4: AVAILABILITY OF DRAUGHT VALUES FOR THE UPPER DANUBE AT KIENSTOCK (IN %)


FIGURE 5: AVAILABILITY OF DRAUGHT VALUES FOR THE UPPER DANUBE AT WILDUNGSMAUER (IN %)


Source: CCNR calculation based on data from the Federal State of Lower Austria (https://www.noel.gv.at/wasserstand/#/de/Messstellen/Map/Wasserstand)


FREIGHT RATES IN THE RHINE REGION

FIGURE 8: AVERAGE FUEL PRICES ACCORDING TO THE BELGIAN MINISTRY OF ECONOMIC AFFAIRS AND BRENT CRUDE OIL PRICES INCLUDING FORECAST * 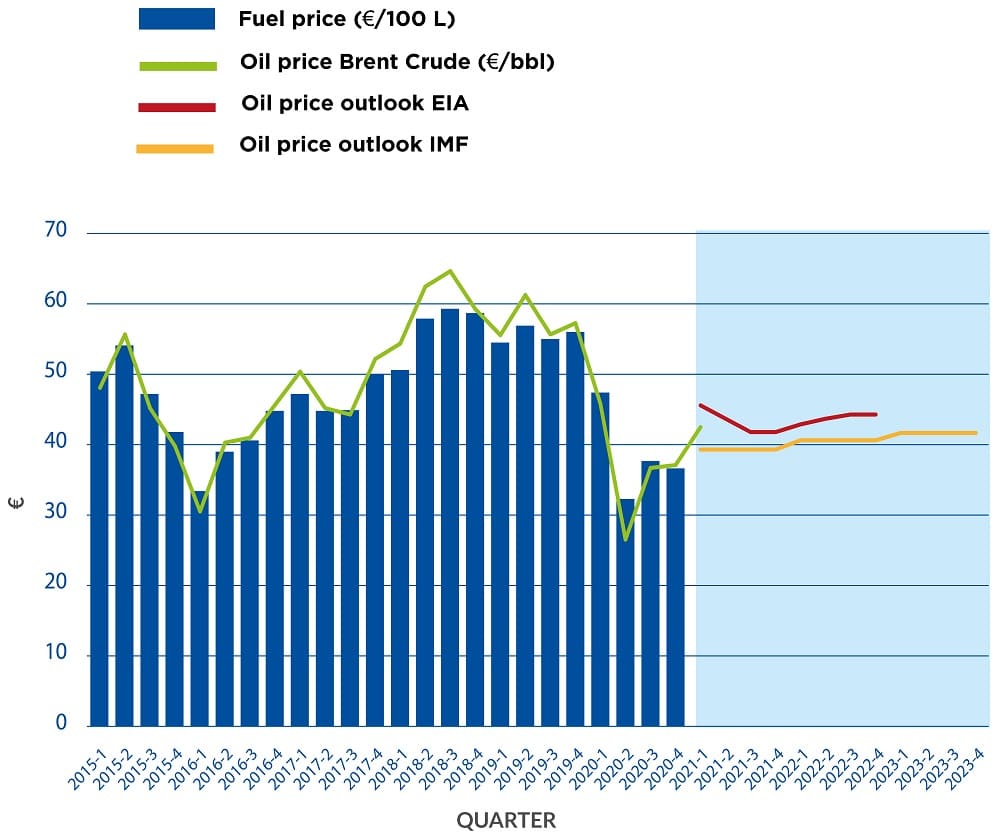 SHARE OF LABOUR COSTS IN TOTAL COSTS AND IN TURNOVER