• The “focus-on” chapter presents key figures for Hungary, a middle Danube country, where iron ores, agricultural products, and metal products are the three largest goods segments.
• Waterside ports traffic in Hungarian ports reached 6.06 million tonnes in 2019, an increase of 16.6% compared to 2018.
• Data on cross-border traffic for Hungary show that exports to Germany and imports from Romania are the two most important export/import flows in Hungarian IWT. The exports to Germany mainly consist of oil seeds, forage plants, and related materials. 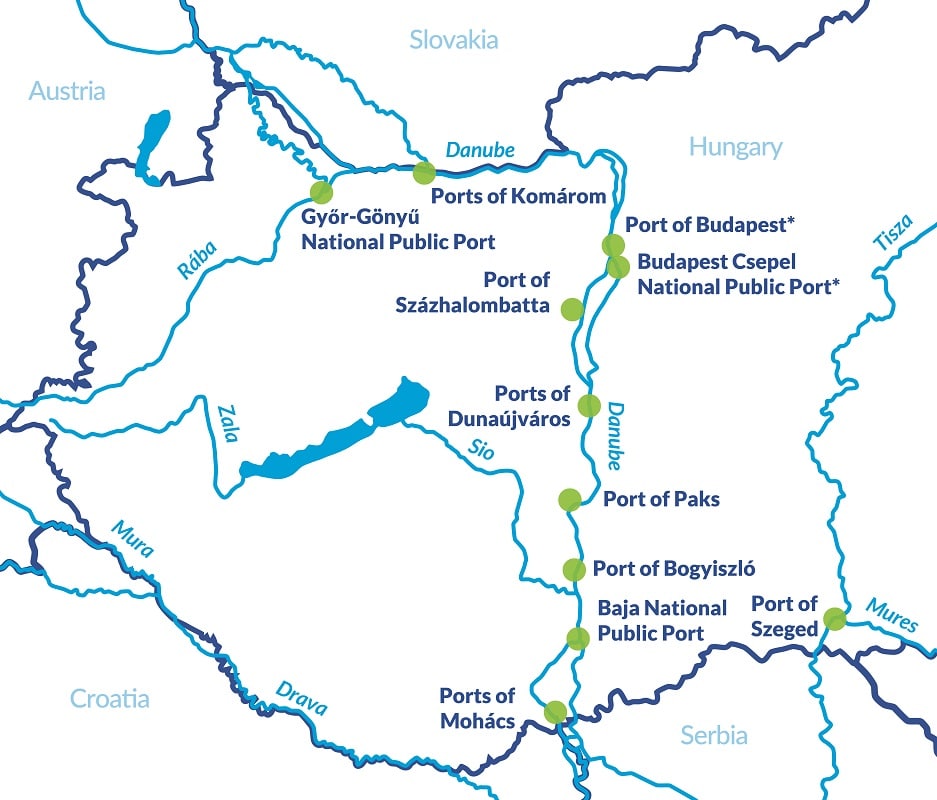 *In Budapest there are two ports, one is public, one is private.


Source: Danube Commission (market observation report for the first nine months of 2019)
German ports are the Danube ports in Germany. For Moldavian ports, no data for the rate of change exist.


Source: Hungarian Statistical Office, series 4.6.13
The volumes in the table represent 87% of all international freight traffic in Hungarian IWT. 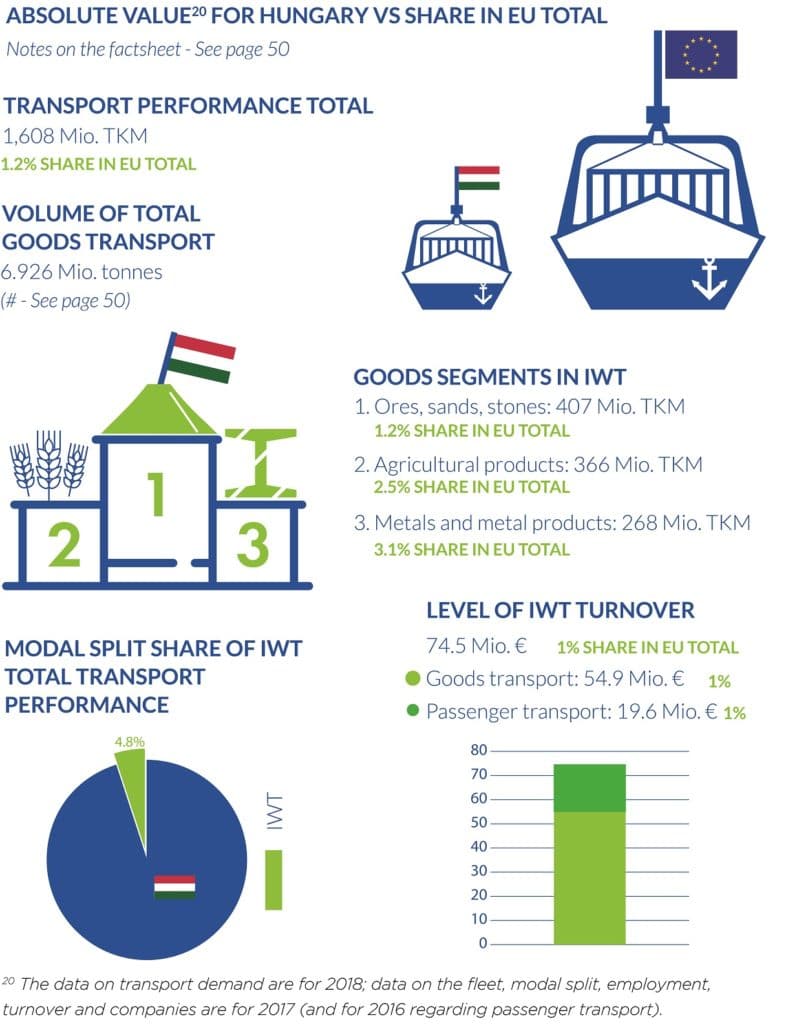 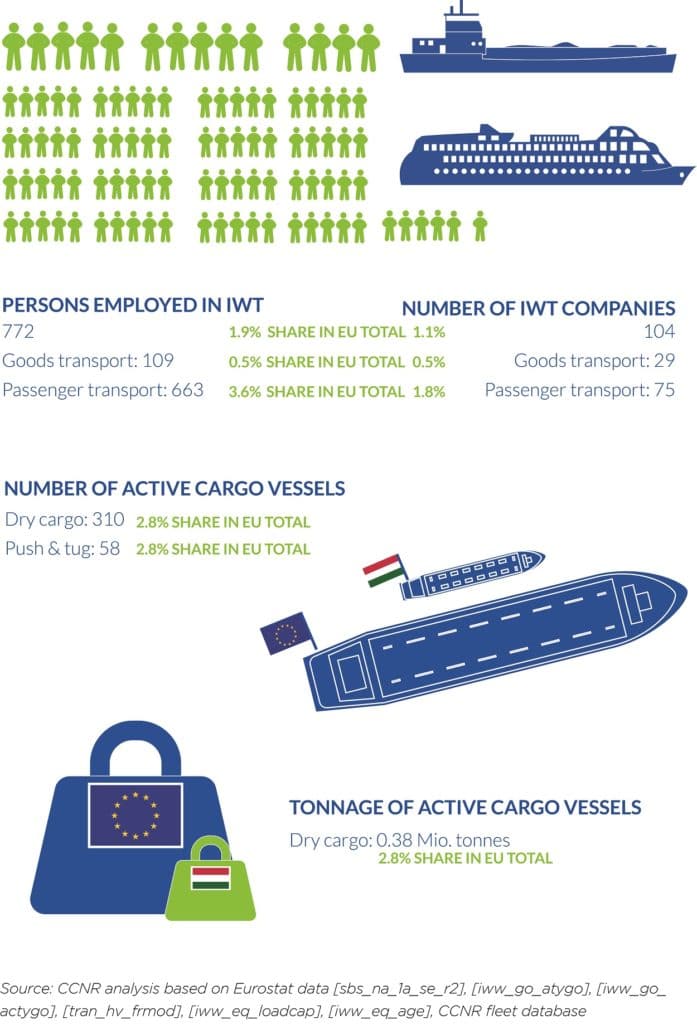 Notes on the factsheet: 1) “Share in EU total” contains figures for the EU plus Switzerland and Serbia. 2) For container transport, Eurostat publishes no data for Hungary. # In contrast to transport performance, for transport volume, a country-specific share cannot be calculated.
The modal split indicator is defined as the percentage of inland waterway transport in total freight transport performance measured in tonne-kilometres. Inland freight transport modes include road, rail and inland waterways. Road transport takes into account the TKM made by trucks registered in foreign countries on Hungarian territory, according to the new Eurostat methodology in the series [tran_hv_frmod].

FIGURES 2 AND 3: TRAFFIC NUMBERS OF RIVER CRUISE VESSELS ON THE DANUBE (NUMBER OF VESSELS) PER MONTH IN 2018 AND 2019 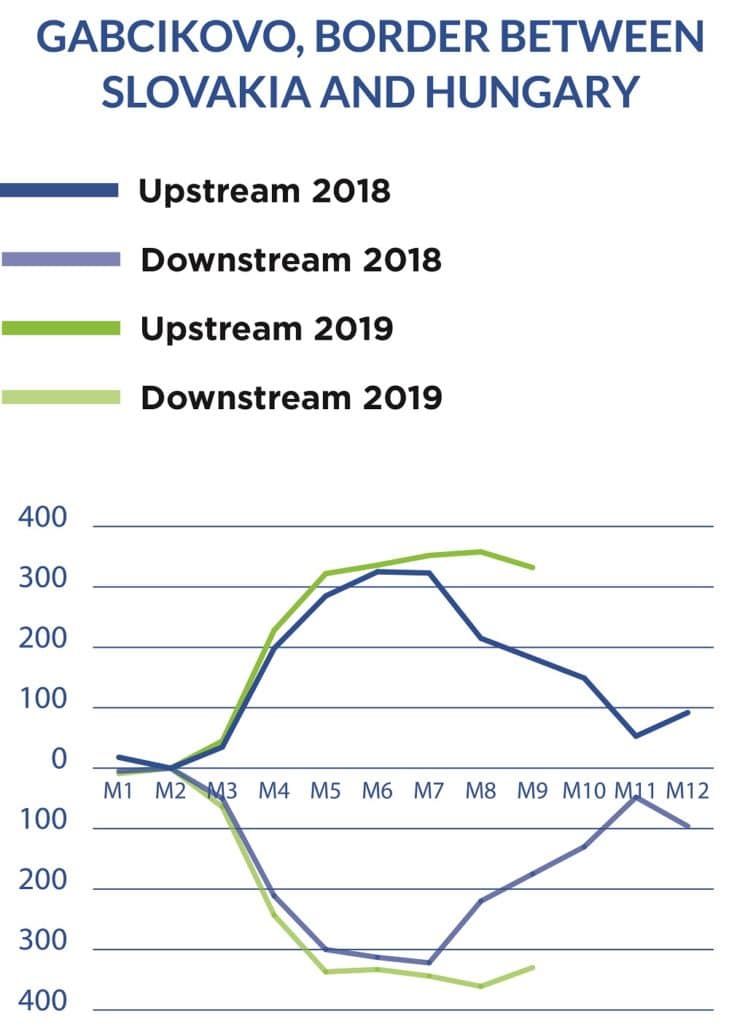 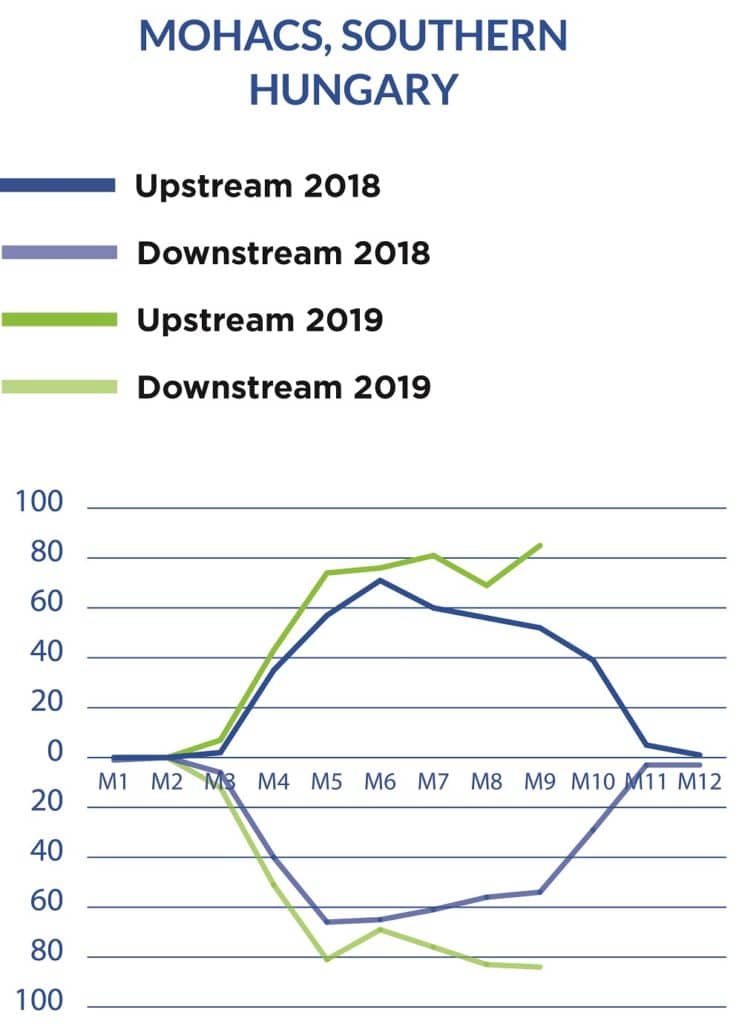 Source: Danube Commission (market observation report for the first nine months of 2019)
Values from 1 to 12 on the x-axis are over 12 months.