• Serbia is a middle Danube country where agricultural products, foodstuffs, iron ore and metals represent the core market segments in IWT. The production level of the Serbian steel industry has seen a boost in recent years due to foreign direct investment from China. Serbian IWT has benefited from these investments.
• Transport demand, as well as the company sector and employment in Serbian IWT are strongly focused on dry mass cargo transport. The Serbian fleet has a relatively high number of push boats, which reflects this focus on dry mass cargo, often transported by pushed convoys.
• The modal share of IWT is 28.7% in Serbia, strongly above the average of the EU. 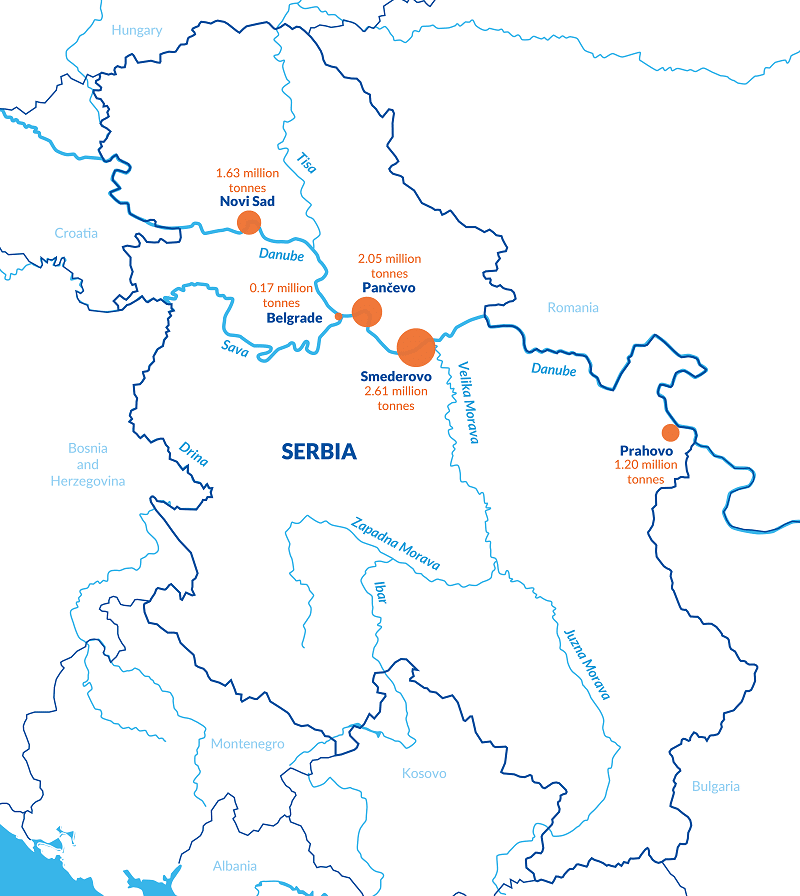 Sources : Danube Commission, Port Governance Agency of the Republic of Serbia
* IWT in 2020 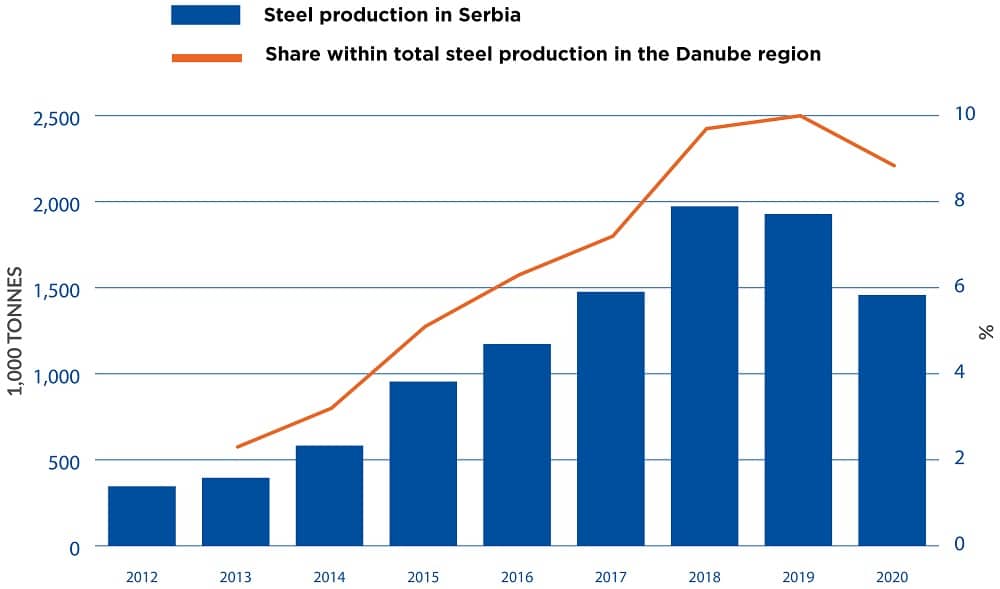 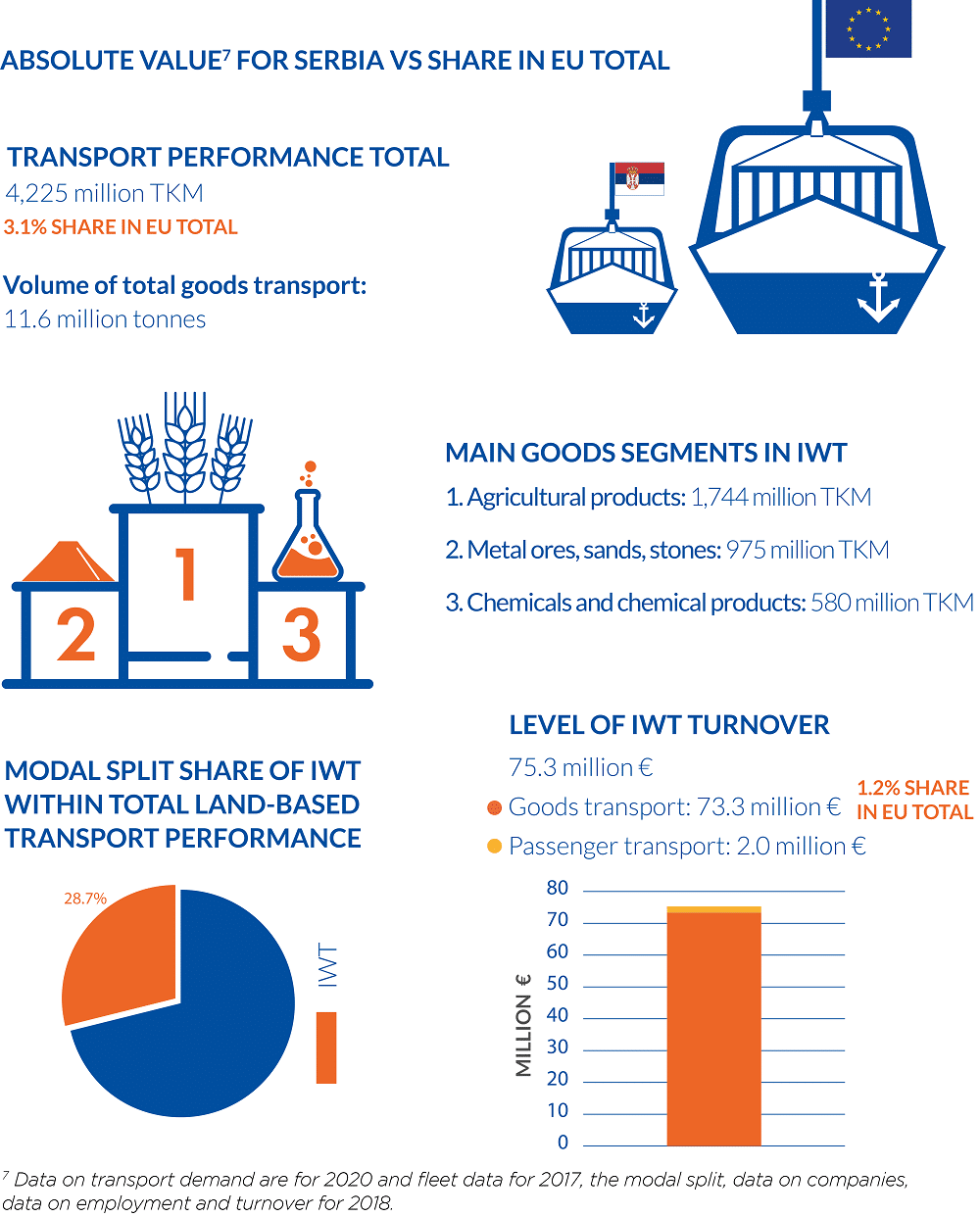 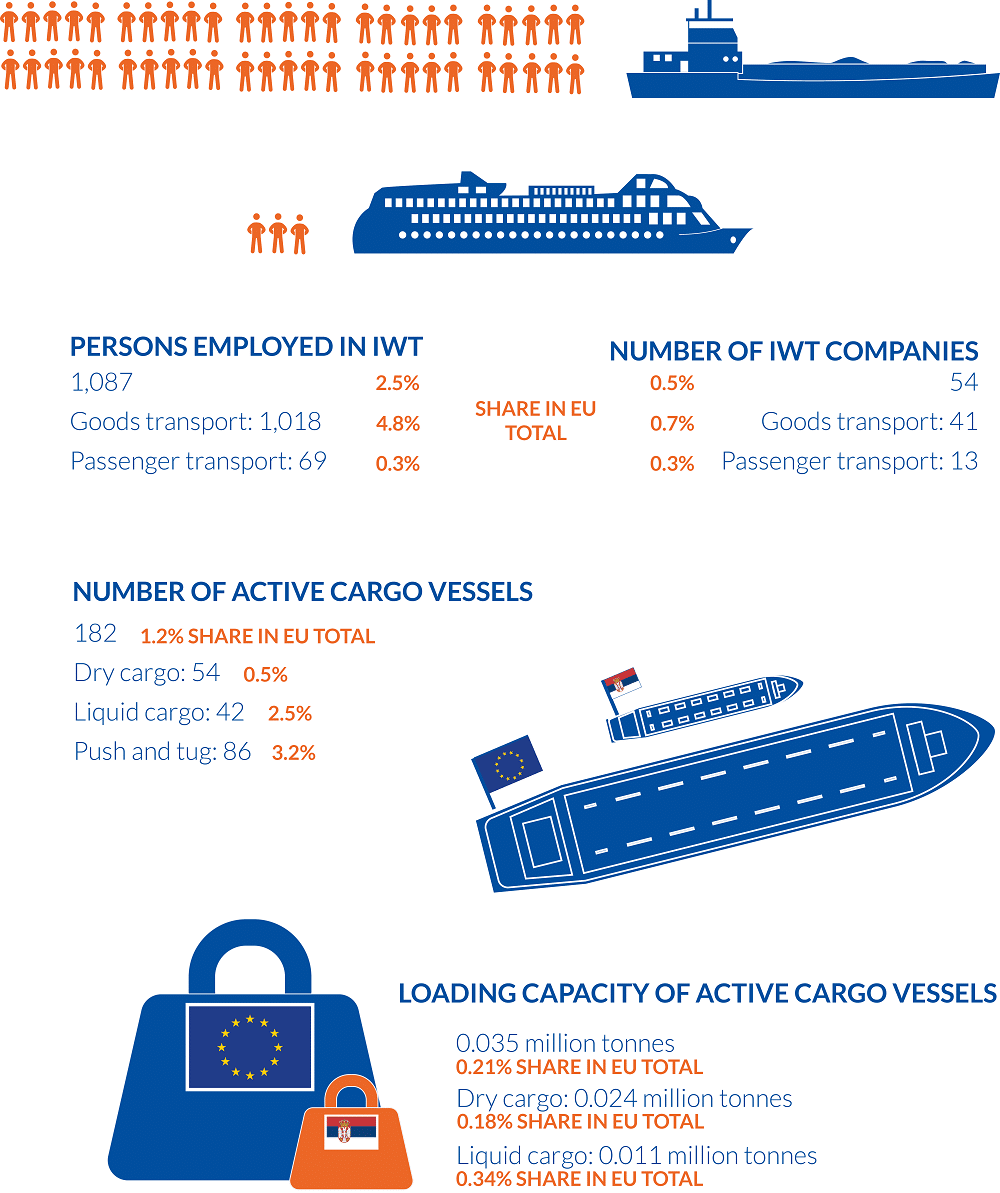