• European inland navigation in 2018 was strongly impacted by the extreme and extended low water period in the second half of the year 2018.

• The interruption in the logistics chains caused considerable economic losses. For Germany this materialised in a decrease of its industrial production by 5 billion Euros.

• There have been low water periods over the last 200 years and this will continue to occur in the future. How to strengthen the resilience of inland navigation transport in view of this phenomenon will certainly be an important question to be addressed. 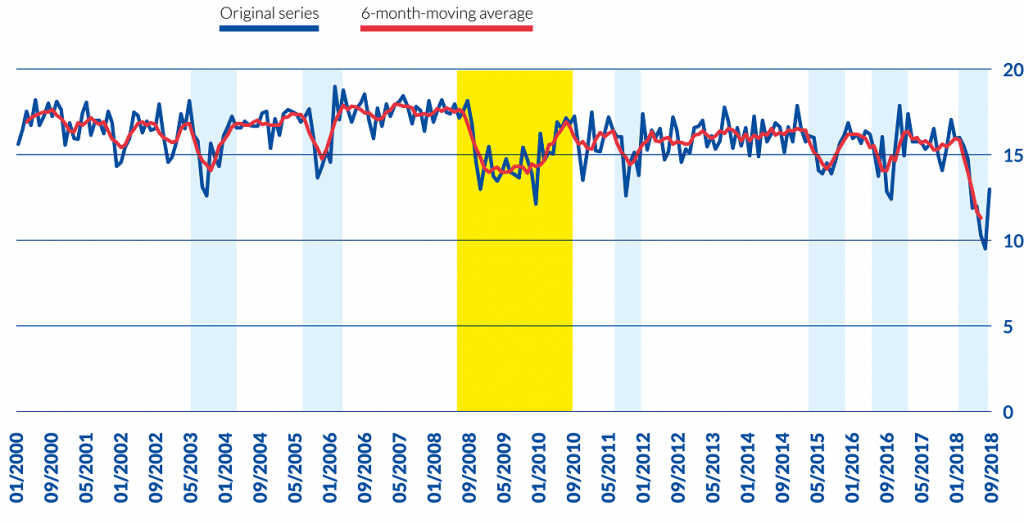 Source: calculation CCNR based on data provided by CITBO
* And other ports in the region

Source: CCNR calculation based on data provided by CITBO

NUMBER OF DAYS PER YEAR WITH A DISCHARGE Q < 783 M3/S AT KAUB, MIDDLE RHINE INCLUDING 30-YEARS-MOVING AVERAGE*