• In 2019, river traffic increased in the seaports of Antwerp, Hamburg and Constanţa while it remained at similar levels as the previous year in the port of Rotterdam and North Sea Port.

• The largest European inland port, Duisburg, recorded a 0.6% reduction in inland water traffic, due to losses in the transport of coal, steel and iron ore. The second largest, Paris, recorded a 14.6% increase, mainly driven by the transport of sands, stones and construction materials.

• A total of 2.1 million tonnes of goods were loaded or unloaded by inland vessels in the main ports from the Sava river basin in 2019. In this region, Serbia is the country where inland waterway traffic is the highest. 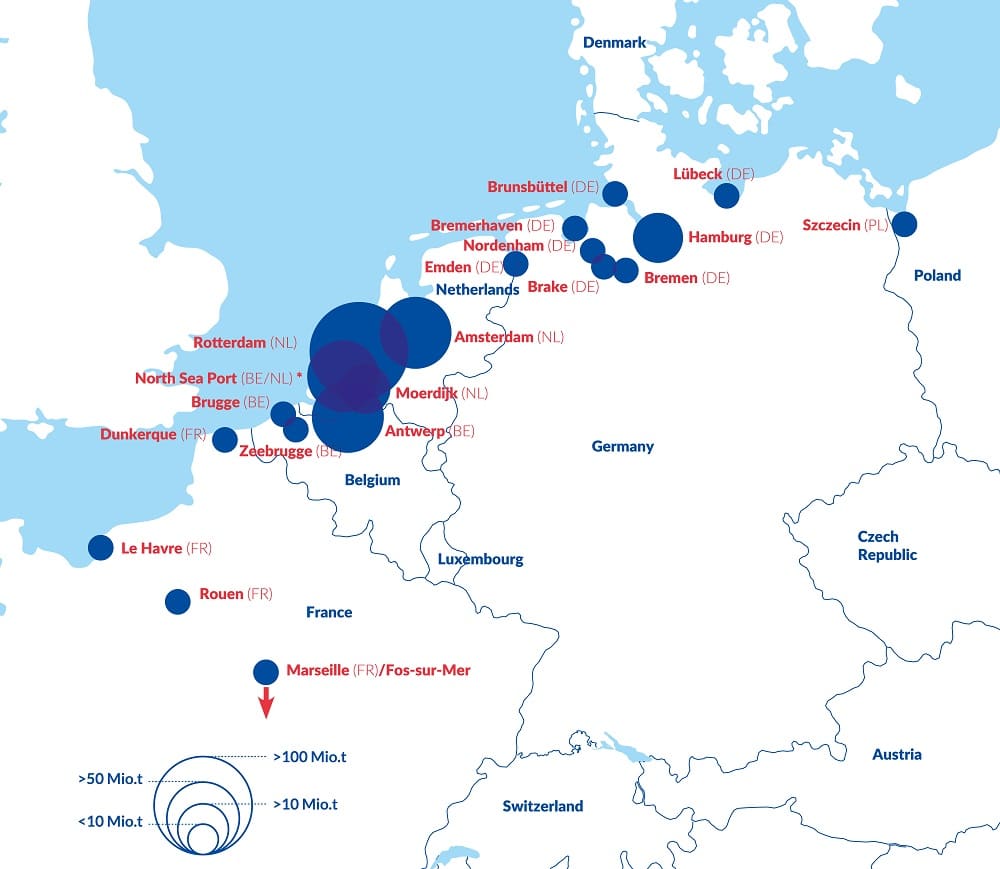 Sources: Port Statistics, Eurostat [iww_go_aport], Panteia, CBS
*North Sea Port is the name of the port formed by the cross-border merger between Zeeland Seaports (Flushing, Borsele and Terneuzen) in the Netherlands and Ghent Port Company in Belgium, signed on 8 December 2017. The cross-border merger port started to operate on 1 January 2018.


Sources: Port of Rotterdam, CBS
*General cargo is not taken into account in these calculations


Source: Port of Antwerp
*Ro/ro, general and not assigned goods are not taken into account in these calculations (in 2019, the volume transported for these three cargo types amounted to 6.2 million tonnes, mostly attributed to conventional goods).


Source: North Sea Port
*Ro/ro and conventional cargo are not taken into account in these calculations (in 2019, the volume transported for these two cargo types amounted to 3.3 million tonnes, mostly attributed to conventional cargo).


Source: Statistical Office of Hamburg
*General cargo is not taken into account in these calculations


Sources: Destatis, Port de Strasbourg, Swiss Rhine ports, Port de Mulhouse
The “total” relates only to the ports mentioned in the table, not all Rhine ports. 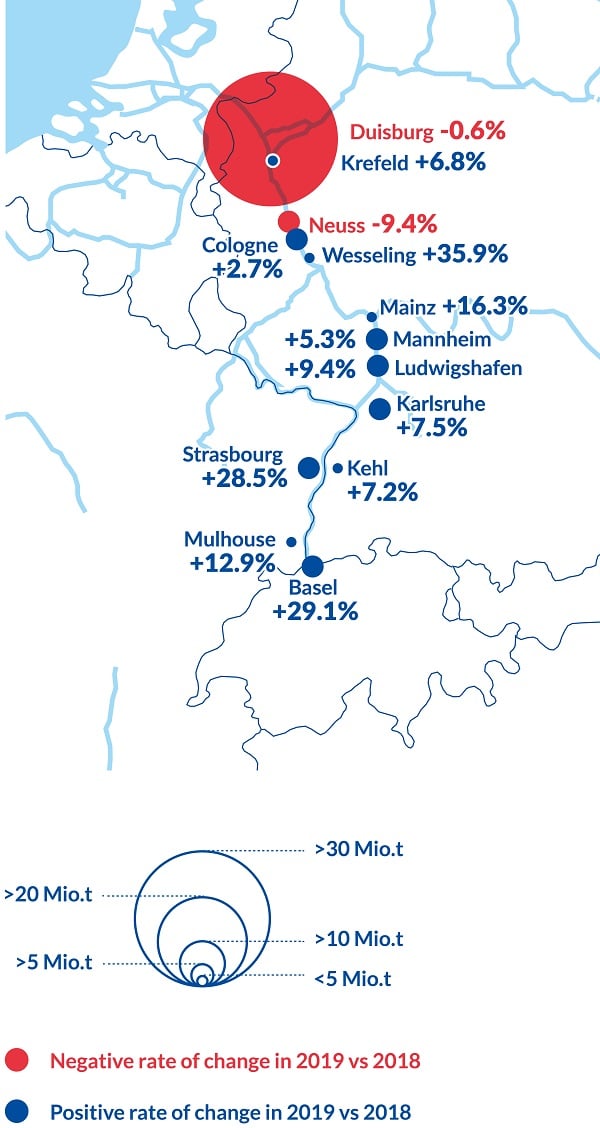 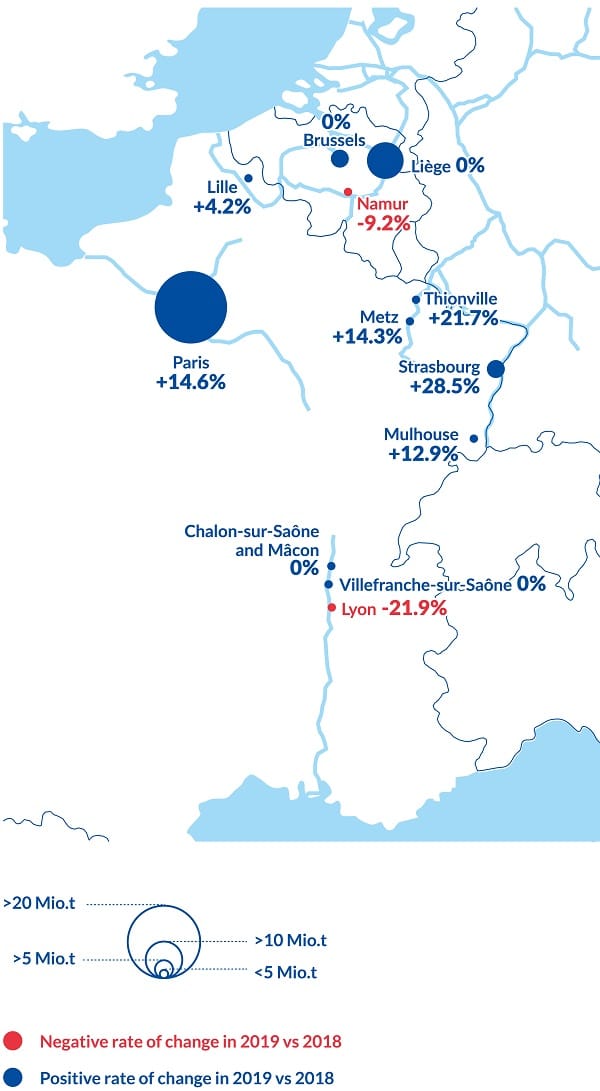 
Sources: Danube Commission market observation, Romanian Statistical Institute, Hungarian Statistical Office, Destatis, Statistik Austria, Port Governance Agency of Serbia
The “total” relates only to the ports mentioned in the table and not all Danube ports. The total waterside traffic of the Danube ports in 2019 amounted to 69 million tonnes (+13% compared to 2018). 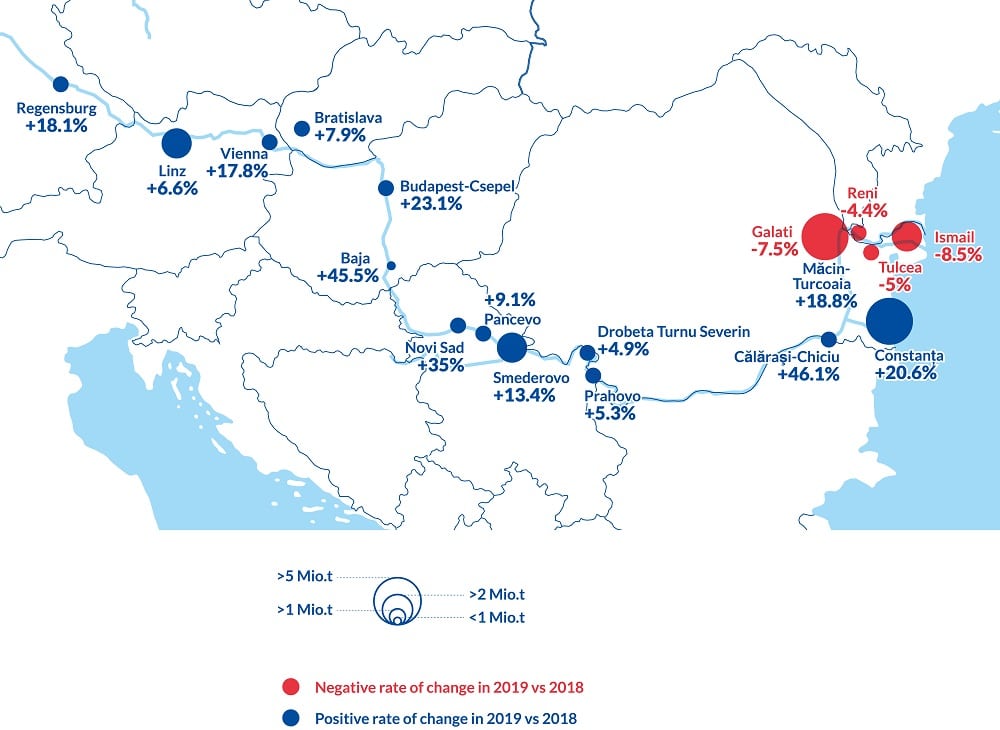 
Source: Sava Commission
*In 2015, the port of Šamac in Bosnia and Herzegovina reported bankruptcy, therefore no transhipment of cargo recorded since then. 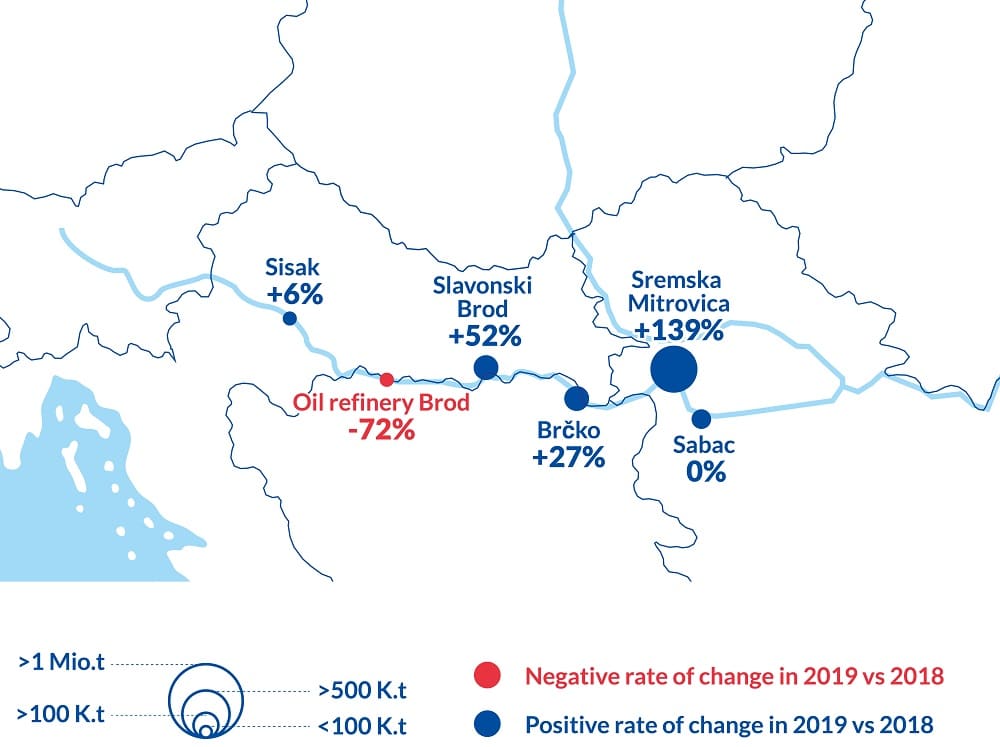 FIGURE 9: EVOLUTION OF TRANSHIPPED GOODS IN THE SAVA RIVER BASIN IN TOTAL AND BROKEN DOWN PER COUNTRY OVER THE PERIOD 2010-2019* (THOUSAND TONNES)


Source: Sava River Commission
*2014: data for Serbia are missing (a great flood affected the whole basin in that year which may explain this data gap); first year when the Oil refinery in Brod started to operate and data were recorded; after 2015: no more data for port of Šamac; since 2018 and 2019, data for smaller transhipment places in Serbia started to be collected which explains the increasing amount of transhipped goods recorded in Serbia for those years.