• Day trip vessels are an important field for the introduction of new clean technologies. For instance, a 38-meter day trip vessel was introduced on the Seine in Paris in 2018, equipped with 100% electric propulsion.

• Overall, the number of day trip vessels in Rhine countries is rather stable. In large cities, the size of the fleet mostly follows an increasing trend. 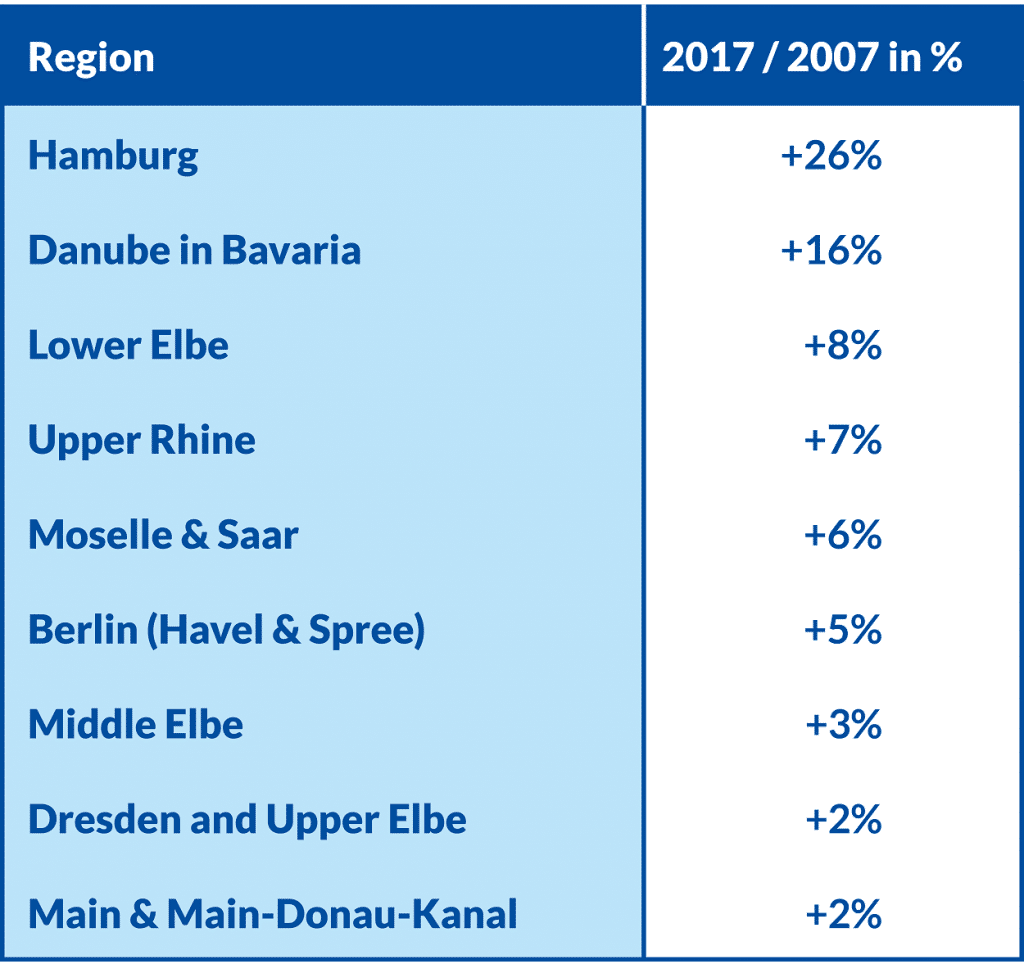 NUMBER OF VESSELS ON LAKES IN GERMANY BY REGION

Main results of the survey

a) ‘Are you already using one of the following alternative propulsion technologies [diesel-electric; all-electric (batteries); Liquefied Natural Gas (LNG); Gas-to-Liquid (GTL); hydrogen] aboard your vessels? If so, which ones?’

b) ‘Do you have any future plans to convert your fleet or (any additional) parts of it to alternative propulsion systems?’

The replies to this question showed a certain discrepancy between German companies on the one hand (where the plans for a conversion were often indicated as ‘very probable’ or also ‘definitely’), and French companies on the other hand, where the possible answer ‘highly unlikely’ received the large majority of votes. The results of Dutch, Belgian and Swiss companies showed that they lay somewhere between the French and the German types of answer.

c) ‘What are the most important constraints currently deterring your company from a large-scale introduction of alternative types of propulsion?’