• Traditional market segments, such as the steel, agricultural / food and chemical segments, form the basis of inland water transport. Steel demand is foreseen to remain on a positive path throughout 2022 and 2023 but at a more moderate pace. The chemical industry faces a lower demand for chemical products due to supply chain disruptions and increased production costs.
• With regard to the food and agriculture segment, Ukrainian grain is blocked within the country, which further fuels an upward surge in commodity prices and a scarcity of grain in importing countries.
• Therefore, alternative trading routes for grain need to be established. These new routes could at least partly benefit inland navigation. One example is the higher export of grain from regions in northern France to North Africa, involving inland waterway transport in the hinterland.

FIGURES 1 AND 2: STEEL PRODUCTION IN RHINE COUNTRIES AND TRANSPORT OF IRON ORE ON THE TRADITIONAL RHINE 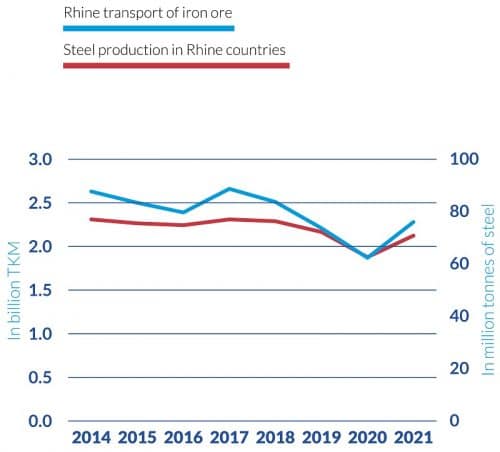 
FIGURES 3 AND 4: STEEL PRODUCTION IN DANUBE COUNTRIES AND TRANSPORT OF IRON ORE ON THE LOWER DANUBE 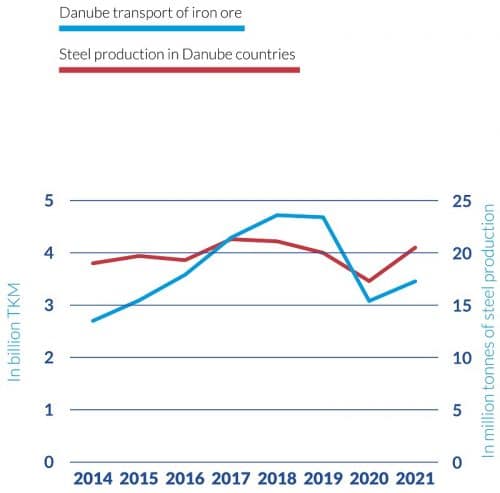 Outlook for the steel segment

FIGURES 5 AND 6: GRAIN HARVEST PRODUCTION IN RHINE COUNTRIES AND TRANSPORT OF AGRICULTURAL PRODUCTS 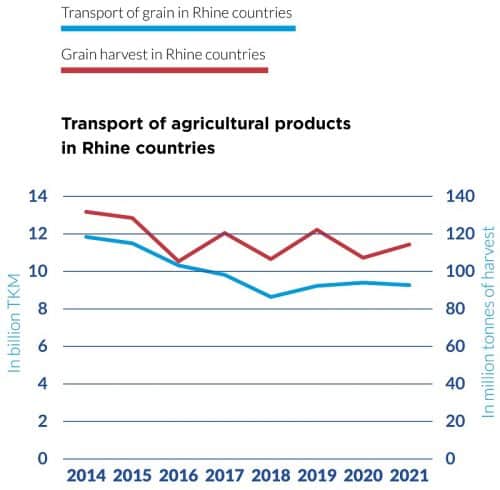 
FIGURES 7 AND 8: GRAIN HARVEST PRODUCTION IN DANUBE COUNTRIES AND TRANSPORT OF AGRICULTURAL PRODUCTS 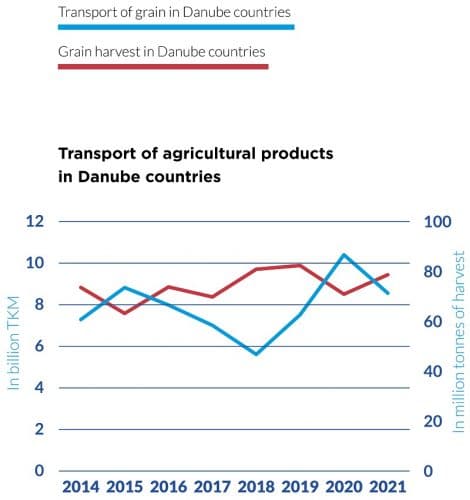 Outlook for the agri-food segment

Outlook for the chemical segment