• Low waters affected vessels’ loading degrees and cargo transport to a different degree, depending on the regions.
• On the Upper and Middle Rhine (between Basel and Cologne), vessels’ maximum loading degrees fell to levels between 40 % and 50 %, while they remained above 60 % for the Lower Rhine (between Cologne and Duisburg).
• Freight rates on the Rhine and the Danube rose strongly due to the decrease of the available effective transport capacity. However, for vessels operating in the Netherlands, where the low water period was less severe, the price increase was very limited.

NUMBER OF IWT COMPANIES PER COUNTRY IN EUROPE 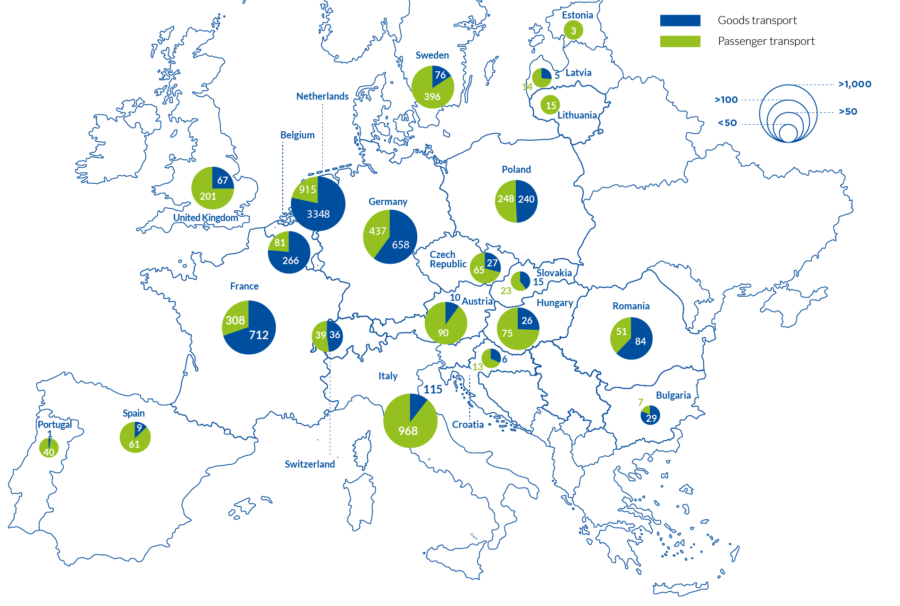 WATER LEVELS AND VESSELS’ LOADING DEGREES IN THE RHINE BASIN 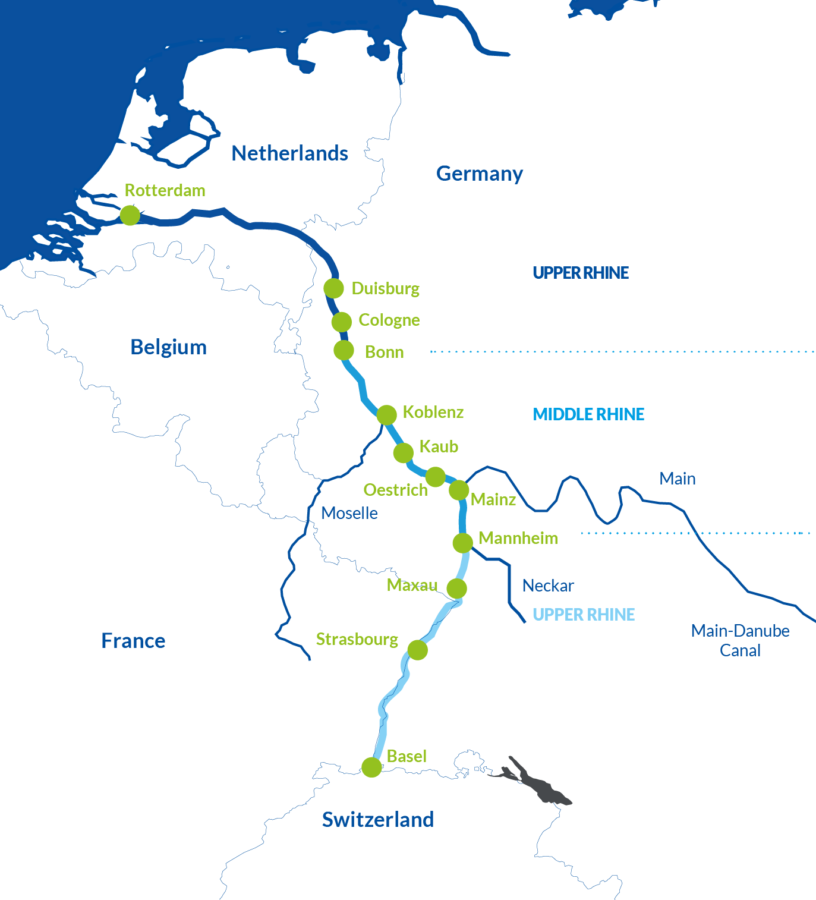 Source: Calculation CCNR based on data provided by the Federal German Office of Hydraulicity

Source: Calculation CCNR based on data provided by the Federal German Office of Hydraulicity

WATER LEVELS AND VESSELS’ LOADING DEGREES IN THE DANUBE BASIN 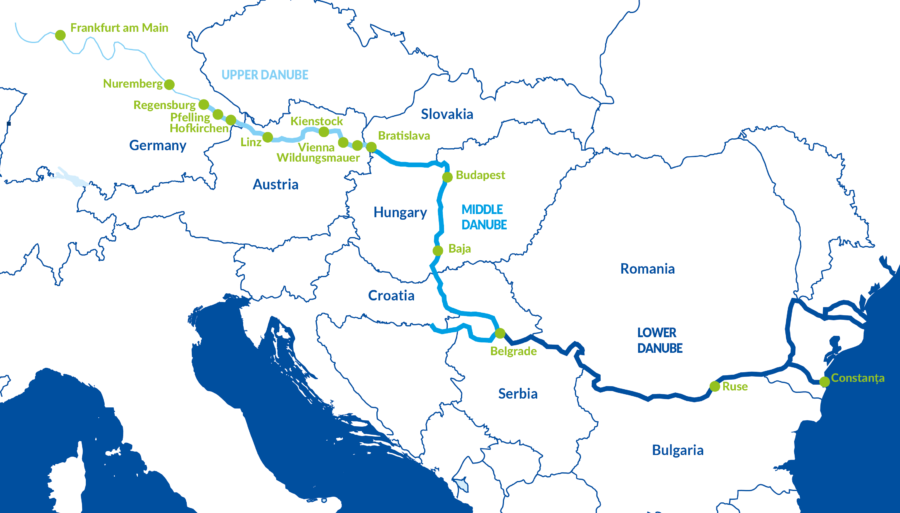 Source: Calculation CCNR based on data provided by the Federal German Office of Hydraulicity, viadonau and the General Directorate of Water Management in Hungary

Source: Eurostat [iww_go_qnave] and calculation CCNR based on data from General Directorate of Water Management in Hungary

FREIGHT RATES AND BUNKER PRICES IN THE RHINE BASIN

FREIGHT RATES AND BUNKER PRICES IN THE DANUBE BASIN

EVOLUTION OF BUNKER PRICES IN THE DANUBE REGION

Quarterly data on turnover in IWT are at present only available for very few countries, due to statistical limitations. EUROSTAT presents data for the NACE sector H50 (water transport) which covers maritime and IWT transport together. Based on this dataset, it is possible to identify turnover in IWT only for countries with almost no activity in maritime shipping. For France, Germany and the Netherlands, quarterly turnover data are provided by the national statistical offices (INSEE; Destatis, CBS).